Paul knew Janice was pissed as soon as he rounded the corner. She crossed her arms over her fleshy breasts as her ample hips shifted her entire weight from one leg to the other, just so she’d have a better angle to glare at him from behind the reinforced glass, Paul figured. 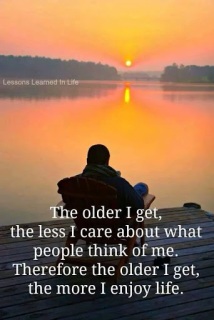 Her widow’s peak, accentuated by the tight bun she wore, gave her long nose a sharp, beaklike quality. Her glacial blue eyes glared at him like a half-starved falcon, and he, a frolicking field mouse, about to be devoured. They never wavered, those eyes of hers, not even when the skinny man beside her—a bail bondsman, most likely—spoke a few words and handed her a stack of papers every bit as thick as the Encyclopedia Britannica volume Paul kept in handy reach of his easy chair, back when Janice and the rest of the bunch were just kids.

It never failed: Nearly every afternoon back then, there’d be some loud THUMP! resonate through the wood floors of his house, followed by some muffled voices and half-hearted tussle behind closed doors. Then—one, two, three, four, CREAK!—that door swung open on a five-count you could set a watch to, somebody’d holler I’m gonna go tell! and stomp the full length of the hallway to do just that. Given the length of that hallway, Paul usually had enough time to grab hold of that book, flip it open to whatever page it fell, and act lost in some article before they made it to him. Something about the sight of him poring over that big thick book would stop those kids dead in their tracks. No matter how bad they thought they’d been wronged to start, those open pages in his lap often turned them back around, right then and there. That, or they’d go find Mom, passing him up altogether.

Either way, he didn’t have to deal with whatever bullshit crisis that had already long since passed. Even his wife wouldn’t bother him when she saw he was reading, though he felt her stink-eye on him the whole way as she passed. He knew better at that particular moment, but he nearly smiled, just the same, thinking back. He couldn’t begin to count the times that quick grab landed the pages upside-down in his lap, but as best he could tell, no one was ever the wiser.

What he wouldn’t have given for one those books right about then.

“Alrighty, bub, let’s stop right there,” the boy cop said behind his back, pulling Paul’s arms like he was reigning a plow horse. The old man had grandkids older than the punk barking orders at him, who jangled the keys for what seemed days before he finally stabbed the lock to release the cuffs Paul had worn since breakfast.

“Open sixty-four,” the jailer said, doing his best impression of a crippled bird, elbow poking straight out like a broken wing and neck cocked all catawampus, just so he could press the button and talk into one the shoulder-mounted handsets he wore.
Paul watched as a pale, bored woman sitting in the side-room cubicle smacked a jawful of gum, staring, before she finally got around to leaning forward to press the one of two buttons on the otherwise empty, drab console it front of her. Seems she had a hard time tearing herself away from that four-year-old copy of Vogue she was holding, “Nineteen Ways to Impress Your Man in Bed” splashed across its cover in bold neon letters.
Once again, Paul had to fight the urge to smile: It wasn’t hard to imagine that particular woman, lifeless as she was, having to dip into double digits to pull off such a feat, but if it really took her that long to get a rise out of somebody, she’d probably be better off passing along the magazine and giving them a little alone time.
Button finally pressed, a loud buzzer sounded before the door clicked open. Paul didn’t even make it to the doorway before Janice laid into him.
“What the hell, Daddy?”

Paul didn’t even look at her, just shuffled toward outside door outside, rubbing his wrists.

“Of all the things I never expected, bailing my ninety-four-year-old father out of jail was—”

Paul didn’t stick around for her lecture. He had the whole ride back for that. He pushed the door open and stepped out into the hot, bright afternoon.

His son-in-law, Jerry, was parked in a handicapped slot, engine whining to keep the air conditioner going as he stuffed fistfuls Fritos into his face. On any other day, Paul would’ve given Jerry a raft of shit for any number of things he found wrong with that last sentence. But not today. The old man climbed into the passenger’s seat without saying a single word. . .